Through prototyping, designers can create tangible representations, ideas that can be tested and refined. This iterative process allows a user-centered approach to design and can lead to more innovative and effective solutions.

Prototyping is a key step in the design thinking process and can have significant impacts on businesses and society. Prototyping can be done with a wide variety of materials, and the level of fidelity will vary depending on the purpose of the prototype. For example, a low-fidelity prototype might be created with simple materials like cardboard or paper, while a high-fidelity prototype would be more detailed and realistic. The level of fidelity also needs to be appropriate for the stage of the design process.

What are we missing?

Prototyping is not only essential for the design thinking process but can also have a significant impact on businesses and society. By creating prototypes, businesses can gain a better understanding of user needs and requirements. This in turn can lead to more successful products and services. In addition, prototyping can help to reduce the risk of failure associated with new product development. 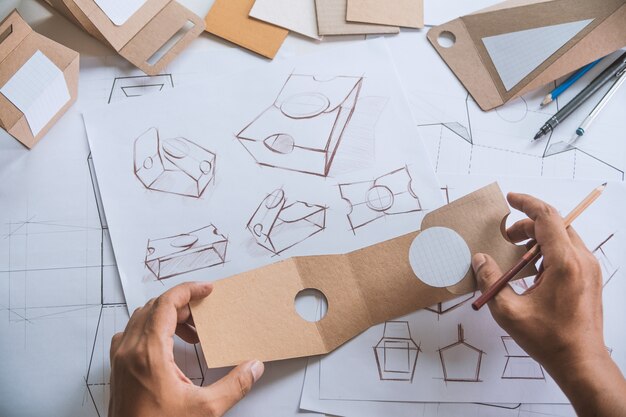 The first step in prototyping is to create a model of the product or service. This can be done with physical objects, paper, or software. The prototype should be designed to test the feasibility of the idea and to identify any potential problems.

” Design thinkers use prototypes to test new ideas and to understand how people will interact with the product or service.”

After the prototype is created, it is important to test it with potential users. This can help to identify any issues that need to be addressed before the product or service is launched.

Some of the key benefits include:

Another benefit of prototyping is that it can help to build consensus. When multiple stakeholders are involved in a project, it can be difficult to reach an agreement on the final design or product. A prototype can be a useful tool for building consensus by giving everyone a chance to see and experience the proposed design or product.

From the desk of:

Our Featured Product of the Month

$2.00
Add to Cart
0
0
Your Cart
Your cart is emptyReturn to Shop
Continue Shopping
Send this to a friend